You are here: Home / Research / Infectious diseases and the race to diagnosis

Researchers are exploring new techniques to tackle serious infectious diseases, and contain an outbreak before it becomes an epidemic

Viral outbreaks are a part of our medical landscape: influenzas, SARS, Zika and Ebola have all hit the headlines in recent years. Less talked about is how genomics is being used to save lives by speeding up diagnosis and preventing outbreaks from spreading and becoming epidemics.

We highlighted some examples of genomics in action in previous years. But, as viruses evolve, so does research and practice. Here are two of the latest techniques being employed to tackle viral outbreaks and save lives.

Sherlock homes in on Lassa

Nigeria is currently experiencing one of the worst outbreaks of Lassa fever: at least 69 people have died in the first few weeks of 2019. It is especially deadly in neonates and women in the third trimester of pregnancy.

Listed as an ‘epidemic threat’ by the World Health Organisation, there is currently no vaccine for Lassa fever. The incubation period can be as long as 21 days, and when symptoms do appear, they can be difficult to distinguish from other fevers, including Ebola, malaria and yellow fever.

Being able to quickly tell if a person is infected can help stop the spread of the disease and provide appropriate care. A Crispr-based test called Sherlock (specific high-sensitivity enzymatic reporter unlocking) is being trialled by researchers at Redeemer’s University in Ede. This test can return results in around half the time, and at approximately half the cost, of PCR, a long-established technique used to identify infective organisms. Sherlock is also less sensitive to factors such as power cuts.

Because outbreaks don’t always happen in close proximity to the best-equipped labs, Sherlock was designed to detect miniscule amounts of target RNA or DNA from samples and offer rapid, accurate results without the need for sophisticated lab equipment.

Sherlock uses the specificity of Crispr and pairs it with a different nuclease, which cuts indiscriminately after binding the target site. Reporter RNA (which fluoresces when cut) is included in the system for an easy-to detect result, which has been compared to reading an at-home pregnancy test.

The hope is that having a quick and easy-to-use system will allow researchers to track outbreaks and new strains as they occur.

Sometimes it can be difficult to get a useful sample of a pathogen. For example, Zika virus particles are only found at very low levels in the blood of an infected person.

To separate the genetic material of the virus from that of the host, as well as other microbes found within the sample, scientists can use ‘baits’: molecular probes composed of short strands of DNA or RNA complementary to the target sequence. These hang on to the viral genetic material, leading to an ‘enriched’ sample.

This approach has previously been used on the Ebola and Lassa viruses but, to do this, the probes had to be directed at a single microbe – meaning you had to know exactly what you were looking for. This could be of limited use in a situation where several possible viruses could be responsible for an outbreak of fever.

Researchers from Harvard University’s Sabeti Lab (head of the lab Professor Pardis Sabeti was also one of the developers of Sherlock) set out to design an approach that could capture a wider variety of known microbes with fewer separate probes. The result is Catch (compact aggregation of targets for comprehensive hybridisation), a computational method to design baits for any known strain of any virus.

Catch users can input microbial genome sequences from the US National Center for Biotechnology Information’s GenBank and the program will determine the optimal set of baits customised to answer the user’s questions.

The authors hope this could be a powerful tool to investigate outbreaks of fevers with suspected viral causes.

“As genomic sequencing becomes a critical part of disease surveillance, tools like Catch will help us and others detect outbreaks earlier and generate more data on pathogens that can be shared with the wider scientific and medical research communities,” co-author Christian Matranga said.

Catch has been made available for researchers to download free here.

HIV and the genome 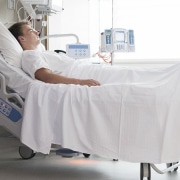