It would be difficult not to have heard of the Zika virus in recent months. Zika, first identified in 1947, is mainly transmitted by mosquitoes, typically causing a relatively mild febrile illness in humans.

Only a handful of cases were documented until 2007, when outbreaks emerged in various Pacific islands, but public health experts did not become really concerned until Brazil announced a major human outbreak in 2015. Worse was to follow; a rapid increase in possible Zika cases with neurological complications, notably Guillain–Barré syndrome, followed by an unprecedented surge in cases of microcephaly among Brazilian newborns, rapidly mounting into the thousands.

Scientific scrutiny of Zika has gathered momentum in the last year, providing sufficient evidence to link infections with severe neurological complications and foetal abnormalities that by early 2016, the World Health Organization (WHO) declared a Public Health Emergency of International Concern. Pregnant women are now actively advised against travel to any parts of the world with active Zika outbreaks.

Zika is spread by the Aedes aegypti mosquito – already a foe in infectious disease terms, because it spreads other serious human diseases including yellow fever and dengue. Controlling the mosquito may play a vital role in efforts to subdue the Zika, and so researchers are using state- of- the- art genome sequencing techniques to complete a draft DNA map from some years ago. They hope this may reveal unique features of the mosquito that can be used to attack it.

Meanwhile, virologists have managed to sequence the Zika virus genome (happily much smaller than that of the mosquito), providing a vital research resource. Epidemiologists have been able to compare Zika genome sequences as a highly accurate way to track the outbreak, looking both at how and when the virus spread from the Pacific islands to South America, and how it continues to spread across the continent. Most recently, special new mobile hand-held DNA sequencers have been used by UK researchers to analyse viral samples from cases across the worst affected areas of Brazil.

In terms of therapeutics, the most promising development is the publication of the virus structure – the easiest way to select potential Achilles’ heel points of attack to be targeted by drugs, although if a viral structure is not available, the genome sequence also has value for predicting likely structures and informing drug design. However, it is also likely that a new cloned version of Zika produced by genetic engineering will play an important role in the development both of potential treatments and vaccines, allowing scientists to track infection in laboratory mosquitoes and animal models, and to screen potential drugs.

Finally, experts in human genomics are examining cases of inherited resistance to Zika virus infection, to see whether the genetic variants involved can be pinpointed. If so, they may further inform the development of treatments or vaccines. There is a great deal we still don’t know, especially about exactly how the virus causes neurological complications and foetal developmental deformities, but genomics is undoubtedly a vital weapon in the ongoing fight against this devastating epidemic.

The genomics of growing old: why do we age differently?

Looking back: genomics in 2021 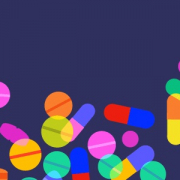 What is whole exome sequencing?