“2018 will be the year when the public really start to see and recognise genomic testing as a standard diagnostic tool in NHS – which will become as routine and commonplace as any other blood test,” says Professor Sue Hill.

“In October, the new NHS Genomic Medicine Service will become fully operational, making the NHS the first healthcare system in the world to systematically introduce whole genome sequencing into healthcare.

“Meanwhile, the 13 NHS Genomic Medicine Centres will deliver the commitment of 90,000 samples of DNA from patients and family members with rare disease and cancer by September 2018.
“The results coming back to patients from the 100,000 Genomes Project will start to underline the power and potential of genomics to transform healthcare as we currently know it. And we will see a more engaged and informed public, patients and health professionals, understanding the benefits of genomics for improved health outcomes.”

Professor Sue Hill is the NHS chief scientific officer for England. She is providing the clinical leadership for the development of genomic interventions in the NHS alongside the 100,000 Genomes Project.

“Across the world, we will see increased applications of CRISPR-Cas9 technology for therapeutics; improvements in data-sharing to aid sequence variant interpretation; and results from whole genome sequencing studies in common diseases,” says Professor Bill Newman.

“In England, the adoption of whole genome sequencing into routine diagnostics for patients with rare disease will become a reality following the 100,000 Genomes Project. Defining where these are best used will be key.

“Alongside this, the commissioning of a small number of genomic laboratory hubs to deliver diagnostic testing across England will hopefully improve equity of access.
“The introduction of non-invasive prenatal testing (NIPT) within the NHS will offer pregnant women an alternative means to determine if their unborn child is affected by a chromosomal disorder.

“In oncology, greater links with pathology and use of digital pathology will improve molecular diagnostics, and we will see greater use of circulating free DNA tests in cancer diagnosis and prediction of treatment response.

“Last but not least, I predict further exploration of opportunities to deliver clinical pharmacogenomics.”

“Our understanding of the causes of inherited disorders will increase and life will become more complicated – and more fascinating,” says Professor Frances Flinter.

“In the past, we could only screen a limited number of single genes. Once we found a mutation, we assumed we knew the cause of a disease – and we didn’t look any further. We always knew that some conditions seem to manifest in remarkably different ways, even within the same family (where all affected individual have the same causative mutation); this phenomenon of ‘variable expression’ was acknowledged but not really understood.

“Now that we can screen dozens or even hundreds of genes simultaneously, it is becoming apparent that some phenotypic variation is caused by additional mutations in the same or different genes. Mendelian inheritance is still fundamental to the study of many rare diseases, but we will have to stop over-simplifying our explanations – and our genetic tests.” 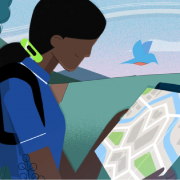 Genomics in midwifery: A changing landscape 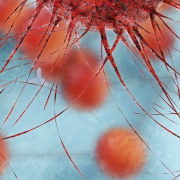 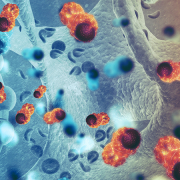 Bowel cancer: What role do our genes play?