You are here: Home / Genomics in practice / Answers for 100,000 Genomes Project participants

The many rare disease patients enrolled in the 100,000 Genomes Project have symptoms which clinicians believe to be the result of an underlying but unknown genetic variation. This month, news of the first patients to receive genomic diagnoses as a result of their participation in the project has been released.

It is thought that at least 80% of rare diseases are genetic in origin. There are many known genetic and chromosomal disorders, of varying magnitude. Some are apparent at, or even before, birth – especially if they involve significant physical abnormalities; others become apparent only over time. For many patients, however, the journey to a diagnosis is long or even fruitless: finding what may be as small as a single base change in the genetic code of a three-billion base pair human genome is arguably rather harder for scientists than finding a needle in a haystack, and it is only through recent advances in whole genome sequencing that it is possible at all.

Having found genetic alterations that could by their nature and location cause the disease under investigation, experts face the complex task of identifying to which (if any) the condition be attributed, on the basis of existing knowledge. Searching the rapidly expanding national and international databases of recorded disease-linked variations can sometimes pinpoint the answer. This was how geneticists on the project diagnosed Jessica Wright, whose epilepsy was found to be caused by a rare genetic metabolic disorder. A variation in her SLC2A1 gene that causes Glut1 deficiency syndrome was spotted, and doctors were able to advise dietary changes to help manage her condition.

Many genetic diseases are actually ultra-rare or even unique, and not recorded in any clinical database. In these cases, sequencing the parents’ genomes in addition to the patient’s allows experts to discount genetic variants shared by an affected child and healthy parent as possible causes of disease. In this way, project geneticists have also diagnosed four year old Georgia Walburn-Green, who has kidney and eye problems, and is unable to talk.

Georgia and her parents have undergone many rounds of clinical investigations in an attempt to characterise her condition, with doctors concluding a genetic alteration was probably responsible. Since they had previously been unable to find the alteration, however, they were unable to determine whether or not it had been inherited from one of her parents – and therefore whether or not they would be at risk of passing the same mutation on to any future children.

The incalculable value of diagnosis

Now, as a result of investigation as part of the project, Georgia’s condition has been attributed to an alteration in a gene called KDM5b. Importantly, the alteration was found to be spontaneous, occurring after conception and not found in either of her parents. While (unlike in Jessica’s case) this diagnosis will not directly affect Georgia’s clinical care, or even help her parents and health professionals predict what to expect, it is still invaluable. Besides the psychological value of a definitive diagnosis, the information provided on the spontaneous nature of Georgia’s condition gives her parents informed ‘reproductive choice’ – important information on the level of risk posed to any other children then may choose to have. Tellingly, Georgia’s mother Amanda told the BBC that the news was “one of the biggest days” of her life. In addition to the benefits to Georgia’s own family, information about her genetic alteration and her condition may in the future help other families with similar cases. 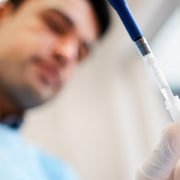 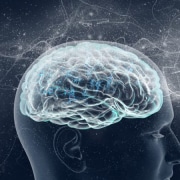