You are here: Home / Core concepts / Haplotypes: a cut-out-and-keep guide

Although ‘haplo’ means ‘simple’, the science can be anything but. Find out what’s hap-pening with haplotypes in our guide

We’ve all heard of phenotypes and genotypes, but what about the other ‘types’ out there? You may have seen the word ‘haplotype’ around, and wondered what it means. Here’s a handy reference for it, and some other words it could be easy to confuse.

Most cells in the body are diploid, meaning they have two copies of each chromosome or, more precisely, 22 pairs of each autosomal chromosome plus a pair of sex chromosomes – either two X’s or one X and one Y.

Gametes (sperm and eggs) are haploid, which means that they only have one copy of each autosomal chromosome, plus one sex chromosome – an X or Y. This is to ensure that the resulting embryo will have the correct number of chromosomes at fertilisation, and is achieved through a special type of cell division called meiosis.

Because of how recombination works, genes that are spaced far apart on our chromosomes are likely to get mixed up regularly over the generations, so the genes at the far ends of a chromosome could well have originated from different parts of the family tree.

Genes that are close together are less likely to be split up during meiosis, and this can lead to clusters of genetic material that came exclusively from one parent. This is what is known as a haplotype. In wider use, the term can also be used to describe groups of DNA variations that tend to be inherited as a set – these can be whole genes, or polymorphisms in coding or noncoding regions.

The International HapMap Project was an initiative to develop a map of common haplotypes in the human genome, known as a HapMap. The project began in 2002 and ended in 2010.

This type of map was useful before whole genome sequencing was widely available and affordable, allowing researchers to look at common variants that affect human health in more complex diseases, rather than just in monogenic conditions.

HapMaps work by understanding which genes or SNPs (single nucleotide polymorphisms) are commonly inherited together. From this, it is possible to infer haplotype with high probability from just a small number of SNPs. By finding out the genotype associated with these SNPs in a relatively small number of people, it is then possible to infer the haplotypes likely to be involved in the target disease.

This methodology has largely been superseded by genome-wide association studies.

A haplogroup is a group of similar haplotypes that can be seen to share a common ancestor as they all share particular variants. They are used in the study of population genetics, where it is possible to construct a ‘tree’ of nested groups and see at what point the lineages diverged.

Haplogroups are most commonly studied in two pieces of DNA that do not undergo recombination: the Y-DNA on the Y chromosome and mitochondrial DNA.

Mitochondrial DNA is structured differently to chromosomal DNA. It is circular and found in mitochondria rather than the nucleus. Mitochondrial DNA does not cross over during meiosis. It is also only inherited from the mother.

In population genetics, Y-DNA and mitochondrial DNA can be used to trace paternal and maternal ancestral lineages respectively. Other haplogroups do occur on other chromosomes, and these can also be informative to establish when lineages diverged.

For more help with genomics jargon, why not visit our handy glossary? 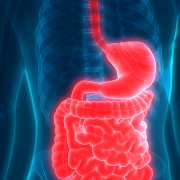 The brain, the gut and the genome

Various types of variant: what is genomic variation?