Genome sequencing and analysis can have many uses. A current controversy in the news concerns an ancient human skeleton found in North America, the subject of fierce wrangling between Native Americans who wanted him buried and researchers who wanted to study him for science. The courts found in favour of the scientists, who have now scored something of an own goal with the discovery that the skeleton shows close genetic similarity to the very Native American tribes who claimed kinship and sought the right to bury him.

However, much genomic research is focused not on the long-dead but rather on people who are very much alive, to learn more about the human genome in health and disease, and to use insights from this research to improve patient care, not least in the form of new and improved diagnostics and therapeutics.

Genomics England – the NHS-owned company created to oversee and implement the 100,000 Genomes Project – has brought together researchers from across the country for the first Genomics England Clinical Interpretation Partnership (GeCIP) meeting. This milestone event also coincided with the announcement of who these GeCIP partners are and the disease areas they will be researching.

What will GeCIP domains do, and why?

Genomics England chief scientist Prof Mark Caulfield said that the GeCIP will provide “a powerful research and training programme alongside the 100,000 Genomes Project” intended to inform more accurate understanding of the clinical implications of genomic variations, and to accelerate clinical implementation of these findings for patient benefit. Prof Caulfield added that the partnership involving more than 2,000 NHS and academic researchers would operate at “the forefront of technology and medicine” to create a huge opportunity for researchers, clinicians and (most importantly) patients.

Professor John McGrath, lead of the rare skin diseases GeCIP domain, explained the key goals: “We aim to identify changes in the genome that cause disease. We also want to understand how these changes affect different symptoms. We hope this will enable us to recommend specific treatments for people, based on their genomic sequence.”

In all, there are 31 different GeCIP research domains. Not surprisingly, cancer and rare diseases feature prominently among them, but some domains have a broader practical focus – for example on validation and feedback of results, on health economics, on clinical implementation and evaluation, and on issues of regulation.

One will be concerned with epigenomics. This is a field that may prove to be hugely important for health, but which also makes the already mammoth task of understanding the human genome a good deal more complicated. While the genome provides the instructions for creating and maintaining a human body, the epigenome controls the way in which cells utilise that genome. These instructions are chemical modifications of the DNA structure that can control gene activity. Intriguingly, these ‘patterns’ of epigenomic modification can be passed on to new cells; and some even be passed on to children – but they can also change in response to external influences.

Changes in the epigenome have been linked with various forms of cancer, so studying epigenomic differences between healthy and tumour cells may reveal important information for diagnosing and treating cancer – and the GeCIP will help to make clinical use of that information as soon as possible. 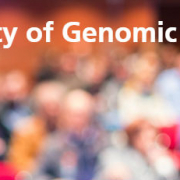 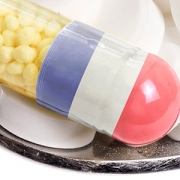 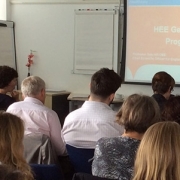 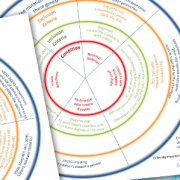 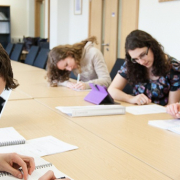 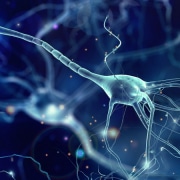