You are here: Home / Core concepts / Reading DNA – where to start?

This week, we learn all about directionality in DNA and why it matters

Most of us know that our genome is made up of the DNA bases A, C, G and T, and that the order of these bases spells out the instructions in our genes. But this information only makes sense if we know where to begin reading and which direction to read in.

So, how do we know where to start and which way to go?

Each chromosome is one molecule of DNA divided into two ‘arms’ either side of the centromere. The longer of these arms is called q and the shorter is called p, and this is helpful when referencing specific variations in the chromosome. For example, a patient with a ‘14q deletion’ has a piece of DNA missing on the long arm of one copy of chromosome 14.

All DNA, whether in a chromosome or not, has a sequence, but how do we know which way to read it – is it ACGT or TGCA? To help clarify this, scientists use a feature of the natural structure of DNA.

The ‘spine’ of a DNA strand is made up of two alternating structures: phosphate groups and asymmetrical ring-shaped sugar molecules (deoxyribose in DNA, ribose in RNA).

These sugar rings each contain five carbon atoms which are numbered in a clockwise direction, from 1’ (pronounced one prime) to 5’ (pronounced five prime). Each ring is joined to its neighbouring phosphate groups by bonds on 3’ and 5’. 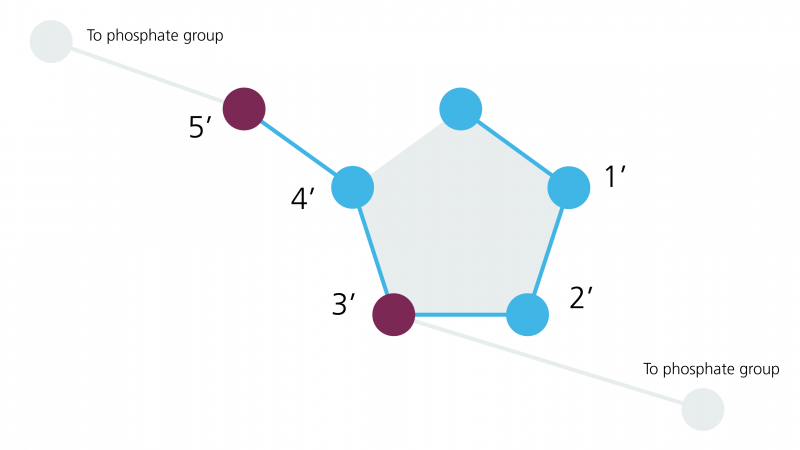 As all the sugar rings in a strand face the same direction, it is possible to tell which end of a strand is which – the 5’ end, where the fifth carbon is nearest the end of the chain, or the 3’ end.

The directionality of the DNA is also important in governing various cellular processes, for example DNA replication and protein synthesis.

The strands of DNA in the double-helix run in opposite directions and genes can be encoded on either strand. This means that transcription can take place along the chromosome in both directions. 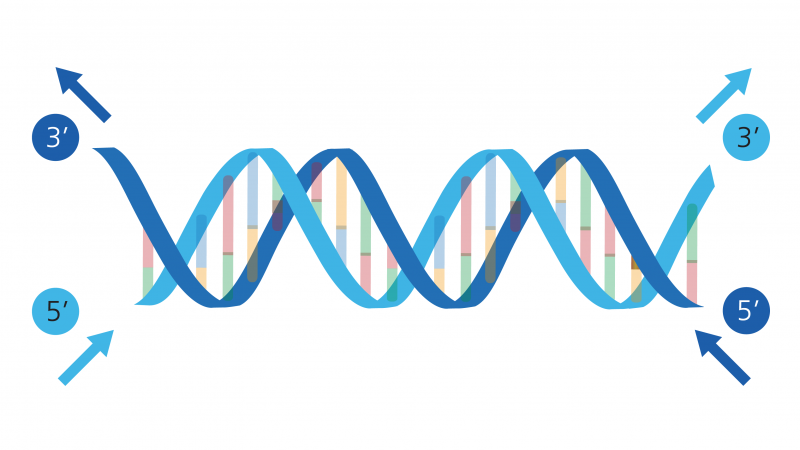 The two strands can be thought of like lanes on a road: the enzymes that copy and transcribe the DNA run along it like cars. They travel in two different directions, but are ‘driving’ on the same side (the left, here in the UK). In other words, the 5’-3’ rule is maintained, even in double-stranded DNA.

Knowing how DNA is structured and read has not only been crucial in understanding cellular processes like DNA replication, but also in the development of molecular biology techniques, such as PCR and sequencing.

Genomics in the battle against Zika virus 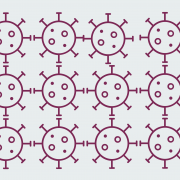