You are here: Home / Research / The search for superheroes immune to genetic disease

Following a recent study revealing some people possess ‘superhero DNA’, a new project aims to unlock the secrets of their powers

Thanks to our expanding capacity to sequence and analyse the human genome, the number of known rare genetic diseases (serious conditions caused by underlying gene variations) is steadily increasing, with several thousand now characterised. However, genetic diseases are not always straightforward. Some are associated with a single variant in a given gene, but others may result from a whole range of different variants, in one or more genes.

People with the same disease also may vary considerably in their clinical presentation – the nature, severity and onset of symptoms. This is known as variable expressivity, and it can mean that even members of the same family who share the same gene variation may have very different disease courses, from very mild to severe. Genetic conditions may also display differing penetrance, the probability that an individual with a disease-linked variation will develop that disease. This is often essentially 100%, such as for huntingtin gene variations that cause Huntington’s Disease, but can be much lower.

Hunting for the exceptions to the rule

New research has revealed a surprising possibility: that some people with genetic variations thought to always cause severe disease are fine. The US-based Resilience Project aims to ‘discover hidden factors that protect people from disease’ by finding them. These ‘resilient’ individuals hit the headlines recently after a study of the genomes of almost 600,000 people that looked for a total of nearly 900 genetic variations associated with severe disease – and found a total of thirteen very interesting needles in the massive genomic haystack.

These were adults who shared a total of eight different variations for severe, childhood onset diseases such as cystic fibrosis – but displayed no symptoms, leading some reports to dub them ‘genetic superheroes’.

What can we learn from the lucky few?

The main purpose of the project is to find people who are resistant to genetic disease and find out why this is, on the basis that this information could be the key to unlocking a whole host of new treatments. However, this is where the excitement over our superheroes ends, because no-one knows who they are, least of all those people themselves: the data used for the research did not allow them to be identified and contacted to verify the findings, so even if true, there was no way to find out just what it is that has protected them from the genetic diseases.

Without this evidence, experts say that we can’t be sure whether or not the thirteen are really genetically resilient or not, so excitement has been somewhat muted among genomic experts, if not all journalists. However, all is not lost: following this ‘proof of concept’ study, the Resilience Project plans to recruit new people for another study – this time, with consent for them to re-contact anyone of interest. This is a huge undertaking, as hundreds of thousands or even millions of participants will be needed.

Commenting on the research, expert Dr Dan MacArthur said: “Finding ‘genetic superheroes’ will require other kinds of heroism – a willingness of participants to donate their genomic and clinical data and a commitment by researchers and regulators to overcome the daunting obstacles to data sharing on a global scale.” Even if very few of us are ‘genetic superheroes’, perhaps we can help the hunt. 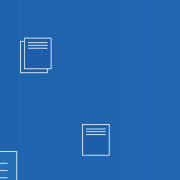