With genome editing hitting the headlines, patients may have questions about its applications. Here’s our concise guide for health professionals

If you would like an introduction to genome editing, you might find it helpful to start with our previous article Genome editing: 5 key questions answered.

As noted in that piece, genome editing has had plenty of press coverage in the past few years, especially since Crispr entered the public consciousness. As a result, healthcare practitioners may find themselves faced with questions by patients, especially if they have concerns relating to a serious genetic condition.

Here, we cover some of the pertinent facts and details that might prove useful when talking to patients or the public about genome editing.

Is genome editing being used in clinical practice?

The short answer is no. While it has been used in both research and clinical treatment, research uses of genome editing are much more widespread and better developed.

Research uses include creating customised cell lines and model organisms for basic research into gene function and interactions, as well as Dr Kathy Niakan’s work at The Crick on human embryos to better understand the role of genes in the very earliest stages of human development. Customised cell lines and mice are also used in drug development and targeting, allowing researchers to understand how, for example, cancers with different mutations respond to different therapies.

Clinical uses have tended to be experimental, rather than part of routine treatment. Clinical applications are showing promise where patients’ stem cells can be extracted, edited and then returned to the patient. The best examples have been with skin cells (junctional epidermolysis bullosa) and blood cells (ADA-SCID). Although promising, these are not yet standard treatments, although a SCID (severe combined immunodeficiency) treatment has become the first genome editing treatment to win marketing approval in Europe.

What has genome editing been used for already?

As well as the examples above, another clinical application that was successful was the use of edited T cells to cure two young children with leukemia. In this instance, the cells were not those of the patients but had been edited so that the patients’ own immune systems would not destroy them.

A clinical trial for Hunter Syndrome was the first (and, so far, only) attempt to edit a patient’s genome inside the body. The first participant received the treatment in November 2017 and no results about the safety or efficacy of the treatment have been published.

What are the potential uses of genome editing?

The potential uses for genome editing are enormous, and it is reasonable to think that these techniques will have tangible benefits in developing new treatments, whether used as therapies themselves, or in the lab to design other forms of treatment.

However, as with other types of therapies, the road from a discovery in the lab to a safe and effective treatment is a long one, often with many setbacks. It may be necessary to manage patient and public expectations if press coverage has given the suggestion of a ‘miracle cure’.

As much media coverage has pointed out, genome editing could also be used to make changes to human embryos, to replace disease-causing genes in future generations. However, it is very important to be clear that doing this is currently illegal in the UK, and would require parliament to change the law before any UK scientist or clinician could allow an edited embryo to be used to establish a pregnancy.

When discussing genome editing with patients or the public, it is important to distinguish clearly between: 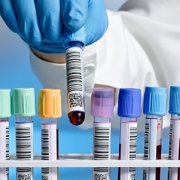 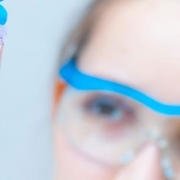