You are here: Home / Core concepts / Epigenetics – the real key to everything?

It isn’t all in the code. Gene alterations play a part in disease, but gene expression may ultimately prove equally – if not more – important

At the end of their paper on the initial sequencing of the human genome published in Nature in 2001, the authors concluded: “The more we learn about the human genome, the more there is to explore.” Sequencing alone cannot explain all phenotypes, and the field of epigenetics will be crucial if we are to better understand the link between genetics and health, writes Fiona Macdonald.

Turning genes on and off

Epigenetics, literally meaning ‘on top of genetics’, is a concept that transforms how we think about genomics. Rather than alterations in the DNA sequence, epigenetics instead focuses on changes in gene expression. There are three main mechanisms that contribute to silencing genes: DNA methylation, histone modification, and RNA associated silencing.

DNA methylation is intensely studied due to its influence on gene expression. Methylation modifies the function of DNA and is a process by which methyl groups are added, which typically occurs on cytosines linked to guanines via a phosphate group to form CpG dinucleotides. In the majority of the genome, most CpGs are heavily methylated. This contrasts with the lack of methylation of cytosines within CpG islands. These are regions of approximately 1,000 bases, with a high CG content, found either in or near the promoter of genes. In normal cells these unmethylated cytosines allow gene expression.

One specific aspect of epigenetic modification is a phenomenon called genomic imprinting, whereby a small number of genes are expressed differentially according to the parent of origin: if the allele inherited from the father is imprinted, it is thereby silenced, and only the allele from the mother is expressed; if the allele from the mother is imprinted, then only the allele from the father is expressed. Any disruption of epigenetic control can cause imprinting disorders – and some tumours. The majority of imprinted genes function as regulators of embryonic or neonatal growth. Paternally expressed genes promote foetal growth; maternally expressed genes act to repress growth. There have been a number of hypotheses proposed to explain the emergence of imprinting, the most accepted of which is the parental conflict model, which describes the opposing interests of the maternal and paternal genomes.

Over 60 genes have been identified as imprinted in humans. They are located in imprinted clusters, a common feature of which is the presence of the imprinting control region (ICR), containing differentially methylated regions (DMRs). The imprinting marks within the DMRs are established in the gametes and then maintained on the same parental chromosome in the somatic cells from embryogenesis to adult life. The imprints are then erased in the germ line and reset for the next generation according to the sex of the contributing parent.

Disruption of the normal imprint occurs by uniparental disomy, chromosomal imbalance, aberrant methylation or, more rarely, by mutation, resulting in unbalanced expression of imprinted genes. Eight imprinted disorders have so far been identified in humans, each with distinct phenotypes but sharing common features involving growth, metabolism and development. The best studied conditions are the disorders associated with the imprinted regions on chromosome 15 and 11. Defects in the imprinted region of chromosome 15 result in either Prader-Willi syndrome (PWS) if there is a lack of paternal contribution, or Angelman syndrome (AS) if the maternal contribution is absent. Two ICRs are located on chromosome 11, and loss of regulation of genes in these regions leads to either Beckwith Wiedemann syndrome (BWS) or the phenotypically opposite condition Silver Russell syndrome (SRS).

A recent unexpected finding has been the increase in imprinting disorders, particularly BWS, SRS and AS, in children conceived by artificial reproductive technology (ART). It has been proposed that this may be a consequence of timing: imprinting during gametogenesis and embryogenesis typically coincides with ART.

Cancers can also be a result of epigenetic alterations – not just due to the accumulation of mutations affecting the sequence of genes. The cancer epigenome is characterised by global changes in DNA methylation and histone modification patterns, as well as altered expression profiles of chromatin-modifying enzymes. Loss of DNA methylation was one of the first epigenetic changes identified in cancer. It leads to genomic instability and the activation of oncogenes. Hypermethylation of CpG islands has been shown to shut down key tumour suppressor genes, including BRCA1, MLH1 and APC. Histone modifications and RNA associated silencing are also both seen in cancers.

The reversible nature of epigenetic changes represents an opportunity for new cancer therapies, in altering DNA methylation or histone acetylation. Some inhibitors of DNA methylation, such as 5-azacytidine, are already approved for the treatment of various cancers.

Epigenetics challenges the concept that the sequence of DNA bases is the key to everything. It provides us with a way to understand growth and development, and enables us to look at alternative treatments options. Large-scale projects are underway to co-ordinate efforts in this area. The International Human Epigenome Consortium aims to generate at least 1,000 reference human epigenomes from normal and disease-related cells. The 100,000 Genomes Project does not ignore the importance of epigenetic studies either, and lymphocyte DNA from patients enrolled in the project will be stored for future analysis. 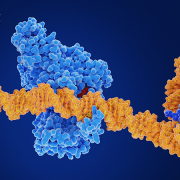 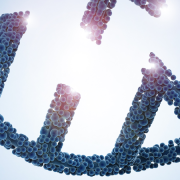 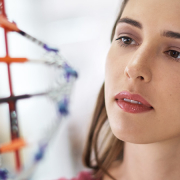