You are here: Home / News / Exciting future for healthcare glimpsed at Select Committee

Chief Scientific Officer for England Professor Sue Hill addressed the House of Commons Science and Technology Committee Inquiry into Genomics and Genome Editing in the NHS.

Professor Hill presented to the committee on 1st November 2017, providing an update on the progress of the 100,000 Genomes Project, and explaining how genetic and genomic testing will be incorporated into NHS care pathways.

Sequencing in the NHS

Committee chair Norman Lamb MP said at the launch of the renewed inquiry: “The challenges of embedding genomics and genome editing in the NHS must be identified and fully addressed if all patients are to benefit from this vitally important and promising technology.”

Professor Hill responded to questions about the affordability of the plans, explaining that “increased yield in terms of diagnoses for patients” will result in “better quality outcomes”. Currently, genetic tests are often administered sequentially, and the cumulative cost often exceeds that of whole genome sequencing.

But she told the committee that, despite the current focus on whole genome sequencing, the future she envisages includes a variety of genetic and genomic testing, available based on the evidence of what is effective in each situation.

Professor Hill cited the Genomic Test Directory, planned for release in October 2018, which will ensure clinical staff know which tests to commission for each patient. The directory will be based on “objective clinical and operational assessments” to determine whether single gene tests, whole genome sequencing or other options are most applicable for different conditions or disease presentations.

Chair Norman Lamb took the opportunity to ask for an update on the progress of the 100,000 Genomes Project. Professor Hill said: ‘The NHS will cease its commitment of providing samples to the 100,000 Genomes Project by September 2018… In rare disease we are on track to finish earlier than September. For cancer, at the moment the trajectory is going out to September and all the plans are in place to meet that.”

Although making it clear that she does not speak for Genomics England (who runs the 100,000 Genomes Project) Professor Hill added: “My understanding is that there is a plan to complete the sequencing within the financial year 2018 19.”

Genomics stays in the spotlight

The Committee is a continuation of the Genetics and Genome Editing Inquiry that began in 2016, and which was concluded prematurely due to 2017’s snap election. The remit of the new inquiry was influenced by the Chief Medical Officer’s annual report: Generation Genome, which was released in July, after the previous inquiry was wrapped up.

In Generation Genome, Professor Dame Sally Davies set out plans to make genomic medicine mainstream within the NHS over the next five years.

The full Select Committee meeting in November is available as a video, and also as a transcript. 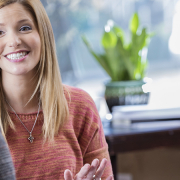 Funded course for nurses looking to build their genomic skills 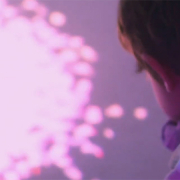 2020: the year for whole genome sequencing in the NHS 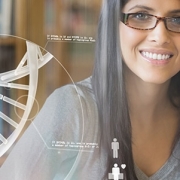 GEP fellow contributes to The Network of Cancer Genes 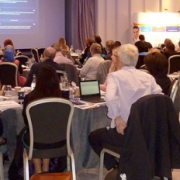 Transforming healthcare: impact of genomics on the NHS