You are here: Home / Genomics in practice / Progress for personalised cancer therapies

Thanks to a wave of research projects, genomics is beginning to unravel the complexities of cancer and guide treatment for patients

There are over 330,000 new cases of cancer annually in the UK. DNA sequencing studies, such as The Cancer Genome Atlas (TCGA), are mapping the cancer genome and promising results from latest discoveries are published weekly, if not daily – particularly for the most common types of cancer.

Similar research is being conducted for prostate cancer. In the first ever in-depth analysis of metastatic prostate cancers scientists have produced a comprehensive genetic map unveiling clinically actionable mutations within lethal prostate cancers. Meanwhile, results from a separate investigation into the genetic basis of prostate cancer supports mounting evidence for us to rethink the way in which we define cancers – away from the ‘location’ approach and towards one that focuses on cancer at a molecular level. The study of 259 men with primary prostate cancer suggests that their cancers could in fact be categorised as one of five distinct diseases.

These hypotheses are in the early stages of research – the role of PIPP has not yet been observed in humans – but scientists hope further research will lead to novel targeted drug therapies. Indeed earlier studies have already led to the development of new targeted drugs and moves towards a personalised approach to treatment.

A recent article published in Molecular Cancer Therapeutics sheds light on the proportion of cancer patients who could potentially benefit from personalised therapy. The study of 300 cancer-related genes taken from 439 patients with a variety of tumours revealed that 90% of patients had at least one genetic alteration which could be either directly or indirectly targeted by experimental drugs undergoing clinical trials.

Thanks to Genomics England’s 100,000 Genomes Project, the UK is set to be a forerunner in the field of personalised cancer therapies. The project aims to sequence 100,000 genomes by 2017, and will focus predominantly on the genomics of cancer along with rare diseases.

Earlier this year, Genomics England’s Clinical Interpretation Partnerships (GeCIP Domains) were announced. The aim of the GeCIP Domains is to ensure that the genomic findings arising from the 100,000 Genomes Project are explored comprehensively and ultimately incorporated into clinical practice in the NHS. The 31 research domains will bring together researchers, clinicians and trainees from both academia and the NHS to better interpret genomic data and increase clinical understanding of the genetic basis of diseases such as cancer. Cancer research will focus on topics including the evolution of tumours, biomarkers, the effects of treatments and the immune response.

It is hoped that a deeper understanding of the nuances between cancers and drug response will mean better treatment for patients; ultimately, the 100,000 Genomes Project and GeCIP Domains will drive further progress in diagnostics and personalised treatment for cancer sufferers in the UK. 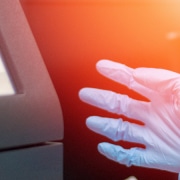