You are here: Home / Expert view / Genomic damage and repair: prize-winners and pioneers

Since Albert Kelner shone a light on the process of DNA repair in 1948, scientists have been working to harness the power of correction

Two decades after the unravelling of the double-helical structure of DNA, Francis Crick observed that he and James Watson “totally missed the role of enzymes in repair”. “I later came to realise”, he said, “that DNA is so precious that probably many distinct repair mechanisms would exist”. And science and medicine have come a long way since then, writes Alain Li Wan Po.

A history of discovery

Since Watson and Crick’s eminent work, many investigators have made major contributions to understanding how repair mechanisms work at the molecular level. Only this year, the Nobel Prize in Chemistry was shared by Tomas Lindahl, Paul Modrich, and Aziz Sancar for ‘mechanistic studies of DNA repair’. A few weeks earlier, another prestigious prize, the Lasker Prize, went to Stephen J. Elledge and Evelyn M. Witkin for their work on ‘the DNA-damage response — a fundamental mechanism that protects the genomes of all living organisms’.

Albert Kelner was the first to show such repairs when in 1948 he reported that visible light could re-activate bacteria inactivated by ultra-violet irradiation. It is surprising that it took so long for formal investigations into DNA repair mechanisms to flourish. Hermann Muller had been studying the experimental induction of genetic mutations in the fruit fly since 1927 to explain the genetics of inheritance and the interesting observations that Thomas Morgan was making in the transmission of specific traits in the fly – thereby defining what genes actually were.

The ability to induce specific mutations won the Nobel Prize in Medicine for Hermann Muller in 1946. The President of the Swedish Royal Academy of Sciences described Muller’s discovery as a demonstration that it was possible, “by special means, to intervene in the strange manifestations of what was formerly called ‘the blind play of nature’”.

DNA repair and the yin and yang effect

Perhaps more amazing, but not surprising, is the wide range of mechanisms which, we now know, the cell uses to protect itself from passing on a seriously altered genetic code: a vast array of proof-reading and quality control functions along with a multitude of DNA repair mechanisms. What we call repair mechanisms are also essential mechanisms in normal cellular function, such as the generation of diversity of immune response, healthy germ cells and telomere function.

That repair to our DNA is necessary is easy to appreciate. Less obvious is the need for the repair systems not to be perfect. If they were, we would still be stuck at a more primitive stage of development – as in the case of Neanderthals or even unicellular organisms – for there would be no variation driven by DNA mutations for natural selection to work on. In Darwin’s words, it would not have been possible “from so simple a beginning” to evolve into “the endless forms most beautiful and most wonderful” that “have been, and are being, evolved”.

Mutations that escape correction may be double-edged. One that protects us from malaria may also predispose us to sickle cell disease, whilst finely-tuned immune responses may protect us from infection, but lead to severe hypersensitivity to drugs. Defects in the very genes that repair our damaged DNA lead to a whole variety of diseases such as xeroderma pigmentosum, colon cancer, bone marrow failure, growth defects and breast cancer. For example, defective BRCA genes are ominous enough to drive those who carry them to seek prophylactic surgery.

To Einstein, the true sign of intelligence was not knowledge but imagination. Of the many random evolutionary pathways that life on earth has followed, the branch that led to humans has enabled us not only to think but also to imagine better than any other species. Just how well is demonstrated by the researchers of the DNA-damage response.

Not content to be mere observers, others have translated those and similar insights into new drugs and diagnostic tests. DNA excision, one of the major mechanisms for repair and attack, is put to good use in the development of recombinant medicines. These range from life-saving replacement enzymes to engineered monoclonal antibodies and naturally-occurring molecules, such as insulin, in variant forms that have better biological effects than the original when the sensing mechanisms are impaired.

Functions that have been eliminated from our human genome, or not imparted in the first instance along the Homo sapiens evolutionary pathway, are being harnessed from the genomes of other organisms. For example, RNA-directed enzymes found in bacteria are used to generate molecular scissors that can edit genomes with exquisite specificity. Enzymes derived from thermophilic microorganisms have made possible the easy amplification of traces of DNA, with innumerable scientific applications ranging from forensic science to diagnosis and the monitoring and prediction of responses to drugs (pharmacogenetics).

The Lasker Prize committee awarded their prize for the discoveries of ‘DNA-damage responses’ in the category of basic medical research. Such molecular insights have already led to licensed medicines. The path from basic medical research to the clinic is getting shorter; and yet, conundrums still remain. We might be foolish, for example, to take on Einstein’s 1931 challenge to Thomas Morgan, the gene sculptor, to explain ‘first love’ in molecular terms. Morgan admitted failure – and 84 years later, despite oxytocin and much more yin and yang, the explanation is still outstanding. 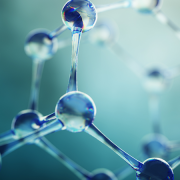 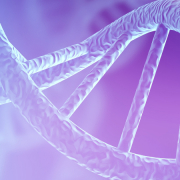