You are here: Home / Research / Ethical editing: therapeutics and ‘enhancement’

Human Genome Editing: Science, Ethics, and Governance attempts to draw the line rather differently from other public debates of the last year or so, which have tended to distinguish firmly between potential therapeutic genome editing in children and adults, and the editing of eggs, sperm or embryos. The key difference is that changes introduced by genome editing in reproductive cells or early embryos (germline editing) are passed on to future generations, whereas changes introduced by genome editing in babies, children or adults (somatic editing) affect only that individual.

Previous discussions have focused on the need to distinguish clearly between these two types of use, with some scientists and clinicians supporting a total ban on all forms of heritable genome editing – perhaps in part to guard against any public backlash that could put other therapeutic uses in danger.

Whilst the new report distinguishes carefully between somatic and germline genome editing in humans, it sets out requirements to allow both. The authors call for a new and stringent regulatory system to govern the use of heritable genome editing, saying that it should be allowed only ‘for compelling purposes of treating or preventing serious disease or disabilities’ and only where strict standards to balance risks and benefits have been met. The report also highlights the need for considerably more public engagement and discussion over such applications, as well as more research.

The dividing line in this report is drawn not between somatic and germline editing but instead between therapeutic (medical) and non-therapeutic (so-called ‘enhancement’) uses. Considerably more caution is expressed about enhancement – the use of genome editing to engineer particular human trains, such as athletic ability, features or intelligence. For one thing it is much more complicated: unlike for many genetic diseases (the primary target for therapeutic genome editing), the genetics behind such traits is generally highly complex and incompletely understood.

Whilst the fields of science and medicine will drive the potential of genome editing, it will be society that decides what is and is not acceptable. Submissions to the UK Parliament’s Inquiry on Genomics and Genome Editing show considerable variation some call for a clear ban on heritable applications, some support an open approach; while others note the need to distinguish between what is normal genetic variation and what is pathological.

There will also be a need to define more precisely what constitutes ‘serious’ disease or disability; recently genome editing was used to successfully restore hearing to deaf mice with a form of Usher syndrome. If transferrable to humans, this could be used to treat a whole range of genetic forms of deafness – which is a disability, but not by any means a life-threatening one.

For the time being safety issues are likely to restrict genome editing to non-heritable therapeutic uses. The overriding concern is the risk of ‘off-target’ (unintended) effects to sections of DNA not being targeted by the therapy, but use in embryos or reproductive cells could also result in mosaicism – a mixture of genetically different cells, with uncertain effects. While the scientists wrestle with such problems, society has an opportunity to think wider issues through. 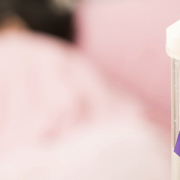 Pharmacogenomics: a new normal for the NHS?