You are here: Home / Research / A new genomic map of breast cancer

The past decade has seen major progress in the study of cancer genomes; helping us to reach our most comprehensive view of the development of the disease yet. Driven by advances in DNA sequencing technology, scientists are delving deeper to unearth the genetic secrets of cancer.

Cancer is essentially a disease of the genome. It arises when a cell accumulates a series of variations that together disrupt the normal mechanisms by which cells carefully control their own reproduction. Although cells are surprisingly adept at correcting errors that arise when DNA is copied, over time some slip through. Normally these variants have no significant effect, but if they disrupt the normal checks and balances of cell growth and reproduction, problems can develop.

Disordered or abnormal cell growth (dysplasia) can give way to uncontrolled growth and tumour development; further variations in tumour cells can make them cancerous (malignant), able to spread to other parts of the body. The genome of tumour cells is therefore somewhat different from that of a patient’s normal cells. The question is, just how different?

Advances in DNA sequencing technology are transforming breast cancer research. Whilst experts are adept at using genetic testing methods to spot common and important variations, creating a thorough map of the whole breast cancer genome and its many variations – for no two breast cancer genomes are the same – to make an exhaustive search for all of these variants has only recently become feasible.

An international study led by the Sanger Institute near Cambridge has published a breast cancer ‘landscape’ based on the analysis of a total of 560 breast cancer genome sequences – including four from rare male breast cancer patients. They found variations in a total of 93 different genes, some previously known to play a role in breast cancer, others newly identified.

More importantly, they were also able to characterise distinct mutational ‘signatures’ or profiles – sets of variations that occurred together and caused cancer in distinct ways. For example, breast cancer genomes from patients with BRCA1 or BRCA2 variants, which greatly increase the risk of breast and ovarian cancer, shared other common features quite different from those of non-BRCA cancers.

Scientists, or at least press officers, are always ready to declare a discovery a milestone; all new knowledge is a step towards understanding, but some milestones are more significant than others. These latest findings are arguably a major step towards a thorough genetic understanding of cancer, and the most exhaustive to date – but the findings of a similar analysis of not 560 but perhaps 1060 or even 5,600 breast cancer genomes will be another step. Massive research efforts such as the 100,000 Genomes Project are laying the groundwork for even larger scale analyses that may confirm the current findings, or add to them.

Meanwhile, the breast cancer variant signatures offer immediate potential for the development of new therapeutics directed towards the distinct genomic features of each type of tumour. For this reason it has been hailed as an important step towards personalised healthcare for breast cancer. Targeted treatments of this type are generally more effective and easier for patients to tolerate, producing fewer side-effects than traditional drugs. However, Sanger Institute Director Prof Mike Stratton did sound a note of caution, telling the BBC: “Cancers are devious beasts and they work out ways of developing resistance to new therapeutics so overall I’m optimistic, but it’s a tempered optimism.” 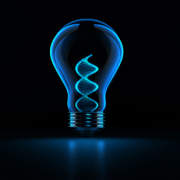