You are here: Home / Genomics in practice / A genomic tool for better antenatal care

The wider impact of NIPT

The main advantage of NIPT is not, however, testing early in pregnancy as much as the ability to do so without an invasive testing procedure, such as amniocentesis or chorionic villus sampling (CVS), which are required for full, diagnostic testing of the foetal chromosomes. These techniques require highly skilled practitioners, and importantly also carry a small but significant risk of miscarriage, making the decision to undergo testing of a high-risk pregnancy a potentially difficult one.

Since all pregnant women in the UK are routinely offered antenatal screening for Down syndrome (trisomy 21), the use of NIPT in this context would potentially have a much wider impact than use by clinical geneticists caring for families affected by inherited disorders. NIPT for Down’s and other common forms of aneuploidy (abnormal chromosome number) has been commercially available for some time, but use in public screening programmes needs really robust evidence of how effective (and cost-effective) it is.

Cost and consequences of NIPT

A research programme funded by the National Institute for Health Research (NIHR) was therefore launched in the UK, RAPID (Reliable Accurate Prenatal non-Invasive Diagnosis), to look first at the performance of the testing and subsequently at the potential ‘cost and consequences’ of its introduction. The most recent results from the RAPID trial, published in the medical journal BMJ, looked at the use of NIPT in eight different NHS maternity units as a contingent test, i.e. a two-stage testing process. Pregnant women were offered standard serum screening for Down’s syndrome risk; NIPT for common aneuploidies was offered to over 3,000 pregnant women found to have a risk of at least 1 in 1000, about a tenth of those screened; invasive diagnostic testing is usually offered to women with a risk of at least 1 in 150.

NIPT performance was very good, with highly accurate results and few failed tests; women with positive results were offered invasive testing to confirm or rule out the suspected abnormality. The researchers used their data to model screening scenarios, and found that at current costs, NIPT can improve the care for pregnant women in the existing Down’s syndrome screening programme without significantly increasing costs, provided it is used in women with a risk of 1 in 150 or above (i.e. those with a high risk result from normal screening tests). For an annual pregnant population of 700,000 pregnancies a year, using NIPT would detect just 195 extra cases of Down’s syndrome – but with over 3,000 fewer invasive tests performed and 17 fewer resultant miscarriages.

The researchers report that their data were presented to the UK National Screening Committee, who held a public consultation on NHS implementation of NIPT before recommending that this should go ahead, which is good news for pregnant women. It is important to note that the trials found that not all women who chose NIPT and received a positive result opted for invasive diagnostic testing; the experts commented that ‘Down’s syndrome live birth rates may not change significantly’. 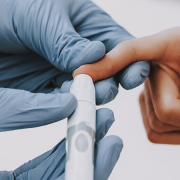 Various types of variant: what is genomic variation?