You are here: Home / News / Socialising the Genome

The ‘Socialising the Genome’ project is an engagement venture funded by Genomics England, the Wellcome Trust and Wellcome Trust Sanger Institute, with the aim of encouraging more people to talk about genomics.

The challenge of engaging someone in a conversation about DNA or genomics has been faced by scientists ever since the first human genome was mapped fifteen years ago. Recent research carried out by the Wellcome Trust Monitor survey said that only 12% of the population would say they had a good understanding of what a genome is. With the UK leading the 100,000 Genomes Project, aimed at transforming care and treatment in the NHS, there is growing importance for the public to gain a better understanding of the significance of genomics and how these scientific advances relate to them.

In response to this need, ‘Socialising the Genome’ held a series of focus groups with members of the public to explore what people already understood about DNA and genomics and how they are currently talking about it. Led by Dr Anna Middleton working with Julian Borra, Global Creative Strategist, and Founder of Thin Air Factory and ex Saatchi and Saatchi Group Creative Director; they have produced a series of 6 animations, using insights from the focus groups, which aim to inspire people to communicate more about genomics.

The animations can be seen at genetube and the research team now need to know what the public think about them. Are the ideas in the animations relatable? Do they resonate? But most importantly, could they be shared and used as a starter for a conversation?

More information about the partnership is available on the Genomics England website. 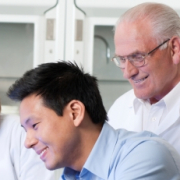 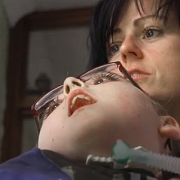 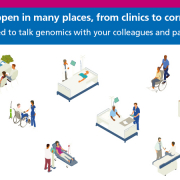 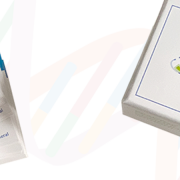