You are here: Home / Genomics in practice / Tuberculosis: genome sequencing and new treatment

TB cases are falling worldwide, but with hard-to-treat strains more prevalent than ever, how can genomics help? And what’s new on the treatment horizon?

Tuberculosis seemed to be on its way out in the 20th century, as antibiotics revolutionised medicine. By the 1980s, however, antibiotic-resistant strains were emerging, and when multi-resistant strains followed the World Health Organization (WHO) declared TB a global health emergency in 1993. During the ’80s and ’90s TB cases started to rise in the UK – in part because the disease became prevalent among people living with HIV and AIDS. By 2012, strains resistant to all known antibiotics were being reported.

Where we are now

Although still the leading killer among infectious diseases worldwide (in 2016 TB had the highest mortality rate of any single infectious disease), TB infections are now falling globally. In the UK they are at their lowest levels in 35 years: cases have fallen 38% since 2012, and by 9.3% in 2017 alone, according to Public Health England.

There is no room for complacency, however. There may be fewer cases, but the proportion of multi-drug-resistant (MDR), extensively drug-resistant (XDR) and even virtually untreatable strains is increasing.

The role of genome sequencing

The mycobacteria that cause TB are very slow growing, so although it is possible to culture them in a lab and perform tests to see what treatments will be effective, this can take as long as a month.

Whole genome sequencing is now being used in the NHS to identify strains of TB in infections. Thanks to modern sequencing technology, The National Mycobacterial Reference Service, based in Birmingham, can identify the strain of TB in a patient’s sample within days. This allows those affected to start on the right course of treatment as soon as possible, helping to reduce the spread of disease and prevent the worsening of drug resistance.

New management in a new era

Scientists and clinicians are taking various approaches to combating multi-resistant TB; from developing new therapies to meticulous stewarding of available antibiotics and trying to ensure compliance with treatment regimes.

Non-compliance with drug regimens is an important contributor to both antibiotic resistance and the spread of disease, and individuals are less likely to see treatment through if it is burdensome. TB generally requires a long course of treatment (at least six months, possibly two years) and can involve cocktails of drugs with unpleasant side effects.

One improvement is the recent recommendation from the WHO that a treatment that required daily injections can be replaced with the oral medication bedaquiline, which it is hoped will both increase adherence to treatment regimens and reduce side effects for patients.

On the horizon: new treatments

An entirely new drug approach has recently been announced by a team of researchers at the University of Manchester. The new drug is not an antibiotic and does not kill the mycobacteria directly. Instead, it neutralises a ‘virulence factor’ that the bacteria make, which blocks the body’s immune response. This allows the body’s own immune system to combat the infection. And, because the human body doesn’t make anything similar to the virulence factors, toxicity and side effects are expected to be negligible.

Professor Lydia Tabernero, who led the research, said: “Because the bacteria hasn’t been threatened directly, it is less likely to develop resistance against this new agent, and this will be a major advantage over current antibiotics, for which bacteria had already become resistant.” 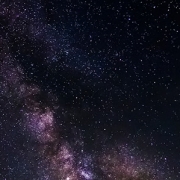 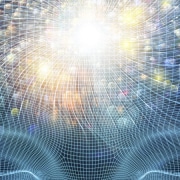