The DNA in your body doesn’t just come from you, thanks to the many millions of bacteria, virus and other cells that reside in you and on you

The ‘microbiome’ refers to the combined genomes of all the microbes in a human body. No two people have identical microbiomes.

Recent research has focused on the microbiome from different locations in the human body, including the gut, skin and mouth microbiomes, with some interesting results:

Each human body is estimated to carry between 10 and 100 trillion microbial cells, including protozoa, viruses and fungi, but the vast majority will be bacteria. This compares with around 37 trillion human cells in an adult. But because microbial cells are typically much smaller than our cells, they make up only 1%-3% of our body weight.

2) What goes on in your gut can affect your health

The role of the intestinal microbiome is increasingly recognised in the development of the immune system, as well as in autoimmune disease and allergies.

Research in mice has also suggested that the gut microbiome may be implicated in Parkinson’s disease (PD). Mice with Parkinson’s symptoms and no gut bacteria had their colons colonised with samples of gut microbiota from healthy humans, or humans with PD. Motor impairment symptoms were worse in the mice with the microbiome from the PD patients than the control group.

It is also important to understand that the microbiome is likely to interact with other factors to affect disease prevalence. A recent colorectal cancer study gives a good example of how the host DNA, environmental factors and the microbiome all interact.

When bacteria in the gut break down fruits and vegetables, they produce short chain fatty acids. These inhibit the production of a protein called HDAC2, which is associated with increased risk of colorectal cancer – it affects gene expression by modifying proteins associated with the DNA.

Thus, both diet and microbiota have an active role influencing gene expression in the human gut cells.

Two new papers published in Cell suggest that taking probiotic supplements may at best make no difference to the gut microbiome, and at worst may cause harm.

The first study showed that orally administered probiotic supplements make no difference to the gut microbiome of many healthy individuals.

The second study looked at gut recolonisation after a course of antibiotics. The bacteria did colonise the colon in this case, but with the result that it slowed the return of the individual’s normal gut flora. The control group who received a placebo after the course of antibiotics returned to normal in about 3 weeks, but the group who received probiotics took up to 5 months to recover their prior microbial balance.

A third group who received a transplant of their own fecal matter taken before the administration of the antibiotic were quickest to recover, in only a few days.

Fecal transplantation was developed as a treatment for severe, recurrent Clostridium difficile infections and has been used successfully in this context. The procedure shows promise for treating other gastrointestinal conditions, including Crohn’s disease and ulcerative colitis.

However, as awareness of the gut microbiome has increased, it has been linked ­– with varying degrees of evidence – to conditions as wide ranging as depression, anxiety,  obesity, autism, diabetes and multiple sclerosis. The right gut microbiota have even been suggested to enhance sporting performance.

This has led a number of people to attempt fecal transplant at home – there are even YouTube videos showing people how to go about it. Doctors have warned against this practice, outlining risks such as possible transmission of rotavirus, hepatitis or HIV where the donor material has not been properly screened.

Although most of the interest has focused on gut microbiota, the skin microbiome is proving to have some potential for clinical applications too.

Previous studies have looked at the role of skin flora in eczema, and research published earlier this year in Science Advances showed that a particular strain of naturally occurring skin bacterium Staphylococcus epidermidis can inhibit growth of skin cancer. 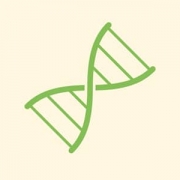 The genetics of obesity