You are here: Home / Expert view / Genomics and the trouble with ‘N of 1’ trials

Randomised controlled trials are a rigorous way to identify cause and effect, but when it comes to rare genomic variants, connections can be hard to detect

One of the triumphs of clinical medicine in the 20th century was the development of the randomised controlled trial, or RCT. Much of modern drug therapy is informed by the results of such trials, writes Professor Alain Li Wan Po.

The rationale for RCTs was clearly articulated by Sir Austin Bradford Hill, one of their earliest champions more than half a century ago. Many argued at the time that meaningful results from such trials would be “impossible in the face of human variability”. Sir Austin countered that it was “because of such variability” that the randomised controlled trial was “often necessary”.

Given that we generally do not know what other factors are, beyond those that we control for and define in our trial inclusion criteria, randomisation is used to balance out those factors in the control and intervention groups. Therefore, if we sample our trial population appropriately, the average effect obtained should be generalisable to other, similar future patients. An underlying assumption is that any influential factor would be common enough to allow such balancing with the sample size chosen.

The problem of rare variants

With genomic profiling, we are now able to identify an increasing number of molecular features that have a major effect on drug response. In some cases, these features may be common enough to allow clinical trials of modest sizes (up to a few hundred patients) to estimate their effects. For example, most marketed targeted agents (treatments that target specific molecular features of cancer cells) have been validated using randomised controlled trials.

The molecular features can be highly predictive. In many such cases, drug regulators require testing for the presence of the relevant genetic variant, using a companion diagnostic, before prescribing the associated drug that targets the molecular feature. Examples of such drugs include verumafenib for melanoma and ivacaftor for cystic fibrosis.

With recent advances in sequencing technology it is now possible to identity very rare genetic variants with apparently marked effects, but which cannot be estimated in any trial of practical size. Therefore, in those instances, an N of 1 trial – that is, a trial with the single patient acting as their own control – is the only practical approach. This is an increasing problem in the context of cancer treatment failure due to drug resistance.

A related difficulty that the increased sensitivity of current genomic sequencing techniques brings up is the identification of rare genetic variants that may have an impact on the susceptibility to particular diseases, but for which clear evidence is lacking.

In breast cancer susceptibility testing, a range of variants associated with the BRCA genes are sufficiently predictive of a much increased risk of disease for carriers of these variants to seek prophylactic surgery. Angelina Jolie, for example, chose both a double-mastectomy, and bilateral ovarian and fallopian tube removal.

However, variants of more than 20 genes have been associated with an increased risk of breast cancer; some with markedly increased risks (such as PALB and TP53), but all with less well-defined magnitude of risk than BRCA1 and BRCA2. Many current gene-testing panels for breast cancer susceptibility include several genes.

The important question that arises then is: which of the variants tested for are actionable when identified? Given the personal nature of the risk-benefit trade-off, ultimately only the affected person should decide. However, decision-making is difficult, and most subjects require and expect expert guidance.

What should expert guidelines say about rare variants in relation to drug therapy and multigene panel testing for risk assessment? Should drug and test regulators control such testing? The available evidence suggests that all parties concerned are finding it hard to keep pace with the rapid advances. The ex-commissioner of US regulator the Food and Drug Administration (FDA), Andrew von Eschenbach, recently said:

In 1971, Robert G Edwards, Nobel Prize winner ‘for the development of in vitro fertilization’, anticipating the ethical issues that IVF raised, contributed a discussion document (Nature 1971; 231:87-91) with a lawyer colleague. They wanted to highlight “the emerging issues in order to give time for defining and evolving social attitudes on which to base rules of conduct for scientists and society”.

They made suggestions on “ways of helping society, science and law to move more swiftly, harmoniously and with greater confidence in keeping pace with advances”. They suggested that in “areas of swift scientific advance, the achievements of science” can catch society unprepared.

Genomic profiling seems to be at present such an area, and one that will impact, among others, clinicians, researchers, drugs companies, medical ethicists and, above all, patients. 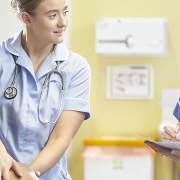 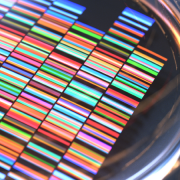 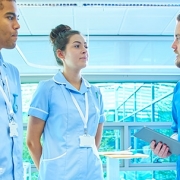