Clinical scientists working in genomic medicine are responsible for developing and providing laboratory tests that support the diagnosis of genomic conditions and some cancers.

Knowing the precise DNA change responsible for causing disease is important not only in terms of providing a diagnosis: treatment can often be tailored for an individual, and family members at risk can also be offered counselling and testing if appropriate.

Working in a new genomic era

When we receive a referral from our colleagues – clinical geneticists or genetic counsellors, who have gathered family history and clinical information – we decide on the appropriate test(s) to look for specific DNA sequences or chromosomal changes that will confirm or refute a clinical hypothesis.

Until recently, when a ‘working diagnosis’ included several different possibilities, tests would be performed consecutively. But relatively new DNA sequencing technology has enabled the development of tests that are much broader in scope and allow us to investigate more (and sometimes all) of a patient’s DNA at once.

Newer sequencing methods generate genomic data that represents hundreds, and sometimes thousands, of genes; a paradigm shift which presents us as clinical scientists with new and different challenges. This deluge of genomic data is the preserve of our bioinformatian colleagues to sort and categorise, but our work is concerned with determining which, if any, of the multiple changes we see in DNA are responsible for causing disease (rather than simply contributing to the natural variation we see between people) and/or can be targeted with specific treatment.

As a scientist specialising in rare disease, I’ve seen the emergence of newer technology that is incredibly successful in helping us find diagnoses for patients whose symptoms would otherwise have remained unexplained. Despite this, there are still some families awaiting a diagnosis for whom we must continue to search. Such families may benefit from being entered into groundbreaking studies such as the 100,000 Genomes Project (now closed). Personally, I am currently doing some research which involves the reanalysis of data from this project using novel approaches.

The approach to diagnosis in clinical laboratories involves the analysis of variants in regions of genes which we know are associated with the kind of clinical features we see in the patient under investigation. By investigating new ways to prioritise genomic data, we hope to be able to make even more diagnoses in patients with rare diseases. This approach may also stimulate further research on genes which have not previously been described as disease causing.

The role of the principal scientist

I have recently been appointed principal clinical scientist. While the precise responsibilities vary between laboratories, the role typically involves overseeing test delivery and reporting for a group of laboratory services, with the aim of ensuring that all patients receive the appropriate tests for their needs and are provided with results in a timely manner. Principal scientists also often have additional managerial responsibilities – for example organising departmental training and assessment, or overseeing the laboratory’s quality management system.

Principal clinical scientists often have roles within national membership organisations such as The Association for Clinical Genomic Science or the Royal College of Pathologists, which are engaged in the promotion, encouragement and advancement of scientific practice and training in clinical genomics.

My day to day

It’s been a busy week and I’m grateful to be kept busy as I am expecting to receive the results of a recent professional examination I sat with the Royal College of Pathologists; one of the many requirements for completion of the Higher Specialist Scientist Training Programme which I am currently enrolled on.

In the North West Genomics Laboratory Hub in Manchester, along with our core genetic tests for North West patients, we offer specialist genomic services to patients from across the UK for a range of disorders. These include retinal and ophthalmic diseases, inherited cardiac disease and metabolic disease. I have spent most of this week reviewing and authorising the analysis and reports for these specialist services as well as our microarray tests which investigate chromosomal changes in infants and children with neurodevelopmental disorders.

Today I also attended a genomics multidisciplinary team meeting, meaning I met with other specialists including medics, counsellors and other scientists to discuss some rare genetic variants we had identified in a few complex cases. These are patients for whom we are currently unable to confirm a genetic diagnosis, and it was decided that testing of other affected family members we were previously unaware of might be helpful in our search for a genetic diagnosis.

We deal with some incredibly rare diseases, often caused by genetic changes found in only one or a few families throughout the world. I don’t think a week has passed since I began my career without me learning something about a gene that I had previously not encountered or being surprised by an unexpected but clinically useful finding for a patient. It really is an exciting profession to be a part of, particularly at this moment in our history when genomics is becoming more accessible and applicable.

Ronnie Wright is principal clinical scientist at North West Genomics Laboratory Hub. He is happy to be contacted via the programme.

Day in the life: consultant in clinical genetics 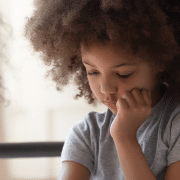 Genomics in practice: obstetrics and gynaecology