Val Davison, scientific adviser to HEE’s Genomics Education Programme, has been awarded an MBE in the 2015 New Year’s Honours List for services to genomic technologies.

Val Davison has contributed in many ways throughout her distinguished career as a scientist working in the NHS. She has contributed to research (more than 60 published papers), to service development (establishment and modernisation of two regional genetics services), to technological innovation (development and introduction of automated chromosome image analysis), and to policy (member of the Human Genomics Strategy Group). However, her most recent and significant contribution has been in the field of education and training, in particular the implementation of modernised training programmes for scientists, initially in genetics and then in the wider field of healthcare science and genomics education.

Val first established the National Healthcare Science School of Genetics, and after running pilot programmes for two years she developed this into the National School of Healthcare Science, which she ran until December 2013. The impact of this work has been huge, establishing consistent and evidence-based training programmes across 27 diverse scientific specialisms, with just under 1,000 scientists currently in training for clinical roles within the NHS. In order to achieve this, Val worked with multiple stakeholders, including professional bodies, medical Royal Colleges, the Department of Health, NHS employers, universities, Strategic Health Authorities and Local Education and Training Boards. This was successfully achieved, to a challenging timescale, whilst simultaneously developing and establishing a new organisation.

As a direct result of her work, there are now programmes in place to develop and to train healthcare scientists able to work at the highest level in healthcare, understanding and advising on the most recent advances in technology and innovations in patient care, and with the flexibility and adaptability to work across patient pathways to enable efficient and high-quality care. These programmes attract huge numbers of high-quality applicants, more than 8,000 during the current recruitment round for just over 300 places. The number of trainees requested by NHS employers has increased every year since 2011, indicating the value which is placed on these programmes.

Like all major change processes this would not have been achieved without Val’s continuous, informed and dedicated work to engage with individuals and relevant groups. Her input in this area contributed to the recent Workforce Innovation Award received by the Modernising Scientific Careers team (Guardian Healthcare Innovation Awards 2013), which specifically recognised the “magnificent way they showed leadership in taking people with them”.

Val has received many awards to recognise her unique role, including the Chief Scientific Officer’s award for Leadership in 2009, and being named by the Health Service Journal as one of the 50 Inspirational Women in the NHS in 2013. She has twice been a council member of the Association of Clinical Cytogenetics, as well as the British Society for Human Genetics, she has acted as an inspector for the National Clinical Pathology Accreditation programme since 1994, she is a member of the Board of Directors of the European Cytogenetics Association, and a member of the Human Genomics Strategy Group. 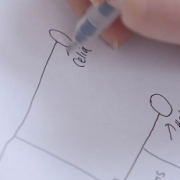 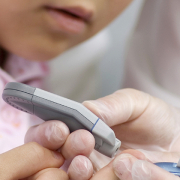 Learn about the impact of genomics on diabetes care