Obesity and related conditions are a primary concern for the NHS, and genomic discoveries are changing attitudes to prevention and treatment

Obesity is a major public health issue in the UK, with rising obesity rates putting an increasing strain on health services; not least by fuelling the rise in type-2 diabetes, which, it was revealed this week, accounts for over 10% of the NHS’s drugs bill in England. Can genomics offer any hope in the fight against these conditions?

There is considerable interest in genomic research related to obesity and diabetes, partly thanks to the huge market for new treatments. Canadian scientists working with mice have recently announced the discovery of a gene that could fuel obesity; inactivation of this gene, they found, reduced levels of white adipose tissue (WAT or ‘white fat’) by 50% in mice fed the same diet as normal mice. The researchers suggested that suppressing the gene or blocking the action of the protein it produces could help prevent fat accumulation.

While genomic influences over obesity may be significant, they are certainly not simple. A genetic ‘fat map’ of almost 100 such genes was published earlier this year, and many more have since been uncovered. Last month US researchers reported that genetic variations in the ankyrin-B protein drove both obesity and diabetes, while Australian researchers worked to isolate the gene behind obesity and type-2 diabetes and suggested that their discovery – that blocking the MNK gene inhibits weight gain – could contribute to the development of a ‘skinny pill’.

Allowing for potential differences between genes in mice and people is important, but talk of an obesity gene is misleading. There are cases where a gene is the definitive cause of a disease; for example, thousands of different mutations in the CFTR gene may cause cystic fibrosis, so to dub it the ‘cystic fibrosis gene’ is not unreasonable. Conversely, there is no single ‘obesity gene’, and there are often other factors involved.

Metabolism is an intricate (and incompletely understood) phenomenon that can be influenced in many ways – physiological, behavioural and genomic. While efforts in obesity prevention and treatment focus primarily on changing behaviours (increasing exercise and reducing energy intake) in one way or another, and obesity genomics is sometimes seen as an unhelpful distraction, genomic factors may nevertheless be influencing both propensity to obesity and behaviours. This is illustrated nicely by recent news of an FTO gene variant linked with an increased risk of binge eating in teenagers – or, as one newspaper unhelpfully described it, a ‘greedy gene’.

Diabetes is a similarly complex condition. The risk of type-2 diabetes is significantly increased among the obese – so genetic influences on obesity are likely to affect diabetes risk too – but obesity is not a pre-requisite for developing the disease. New research has revealed that environmental factors may also affect the risk of diabetes. For example, arsenic in ground water has been found to promote variations in the genes of a key enzyme that impairs normal glucose control; and this is just one example of a gene-environment interaction that can play a part in the development of disease.

Though research into genomic obesity is under way, much of it remains a long way from developing ground-breaking new treatments. For the time being at least, the emphasis in prevention and treatment of obesity and diabetes is likely to remain on modifying lifestyle factors. Nevertheless, genomic information is providing new insight, and could eventually lead to personalised prevention or treatment plans and an increased chance of success. 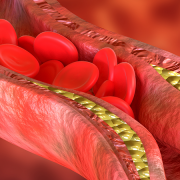 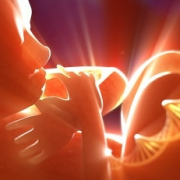