You are here: Home / Research / Genomics overturns understanding of PCOS

It is now understood that men can be affected by the condition, so what does this mean for treatment?

New research using genomic data from UK Biobank has suggested that polycystic ovary syndrome (PCOS) – a condition previously thought to only affect women – can also affect men. This discovery could change how we think about this complex condition and help to find new targets for treatment.

The condition affects approximately 1 in 10 women, and symptoms include irregular periods, weight gain, acne and excess hair on the face or body. It is also one of the most common causes of female infertility and subfertility and is linked with high cholesterol and type 2 diabetes, which can lead to an increased risk of related complications including strokes and heart attacks.

PCOS has long been observed to run in families, and some genetic variants have been found that increase the chances of a person being affected, as previously covered in this blog.

Like many common diseases, PCOS is polygenic, which means that many genes can play a small role in increasing or decreasing the likelihood of an individual being affected. This makes it more difficult to determine the exact cause for each case.

Researchers used genetic data and linked health records from over 200,000 women in the UK Biobank to create a polygenic risk score for PCOS that aims to predict its onset. They presented their findings at the Endocrine Society’s annual meeting.

“The treatment of PCOS is limited by our incomplete understanding of the disorder,” explained Boston Children’s Hospital clinical fellow Dr Jia Zhu, who led the research. “Identifying the different causes for PCOS provides insights into the mechanisms of disease and is the first step in identifying future targets for treatment of the disorder.”

As its name suggests, PCOS has been understood as a condition that is primarily linked to the ovaries. Gene variants associated with an increased chance of PCOS are found just as commonly, however, in people with and without ovaries – so could the primary cause be something different?

To investigate this, Dr Zhu’s team applied their polygenic score algorithm to a dataset of over 175,000 genomes from people without ovaries.

Those whose scores placed them in the top 20% for risk of PCOS also showed increased susceptibility to diabetes, obesity, cardiovascular disease and male pattern baldness. This suggests that the primary cause of PCOS may not be linked to the ovaries, as previously thought.

“By demonstrating that genetic risk factors for PCOS are associated with obesity, diabetes, cardiovascular disease and male pattern baldness in men, we show that these genetic risk factors do not require ovaries to result in the characteristics of PCOS,” said Dr Zhu. “Thus, at least in some cases, the reproductive dysfunction of PCOS may be caused by biological mechanisms common to both men and women.”

Looking ahead, she added: “Future studies of the genetic risk factors for PCOS could help us to better understand the causes and potential treatment targets for PCOS.” 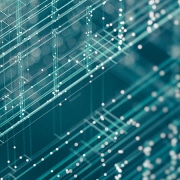 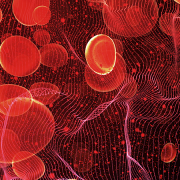 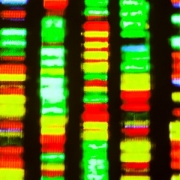 Data: the heart of personalised medicine