Sickle cell anaemia (SCA) is a genetic, inherited disorder, the most common of a group of related conditions including forms of thalassaemia that affect the red blood cells; they are collectively known as haemoglobinopathies.

In the UK, SCA is found predominantly in black and African-Caribbean populations, within which up to one in every 10 people may be a carrier for the disease. Women who are considered at higher risk are offered testing in pregnancy as part of the NHS sickle cell and thalassaemia screening programme. There are more than 12,000 SCA patients in England alone.

Individuals who inherit two copies of the beta-globin gene mutation that causes SCA have sickle cell disease, which causes structural abnormality of the red blood cells – the characteristic curved ‘sickle’ shape. This impairs their ability to carry oxygen, resulting in anaemia, an increased risk of severe infections, and periodic painful sickle-cell crises due to aggregation of the cells that blocks blood vessels and can result in serious organ damage. The French teenager who was the subject of the recent gene therapy trial at the Necker Children’s Hospital in Paris – a global centre of excellence in gene therapy research – had reportedly already had his spleen removed and hips replaced.

Towards an effective treatment

Although blood transfusions can have a therapeutic effect, there is no cure for SCA other than a stem cell or bone marrow transplant with tissue-matched cells, which is a risky procedure and rarely attempted. Now, however, experts have performed the first gene therapy for the condition on the French boy, aged just 13 at the time of treatment.

Writing in the New England Journal of Medicine, the clinicians report that two bone marrow samples were taken from the patient and the stem cells extracted were grown in the laboratory and treated with a modified virus containing a healthy beta-globin gene.

The boy’s remaining bone marrow cells were effectively destroyed (a drastic procedure with unpleasant side effects including anaemia and infections) and then replaced with the laboratory-grown cells containing healthy copies of the beta-globin gene; because they were the patient’s own cells (albeit genetically modified), the risk of transplant rejection by his immune system was low.

Fifteen months after the treatment, the patient reportedly remains in good health and his replenished bone marrow is producing apparently normal, healthy red blood cells. He has had no sickle-cell crises, and needed no blood transfusions or even painkillers, as well as showing no signs of fresh tissue damage.

What is not yet known is how long this therapeutic effect from the healthy beta-globin genes may continue; maintaining long-term responses from gene therapy is one of the greatest challenges, so experts are cautious about the prospects for other SCA patients. However, gene therapy expert Prof Deborah Gill of the University of Oxford told the BBC that the impact for the patient was significant, as they had effectively “given him his life back”, and said it could be a “game-changer” in treatment of the disease.

Further trials of the therapy are ongoing, with seven other patients having received treatment and reportedly promising results. Initially, trials can be expected to be confined to patients with the most severe forms of disease who are not responding well to other treatments, as the risks are more justifiable in this group. However, even if the treatment proves to be sufficiently safe and effective to be offered more widely to SCA patients, it may remain too expensive for all but the most advanced healthcare systems to offer. 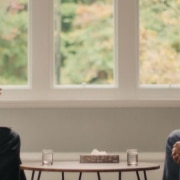