You are here: Home / Research / The brain, the gut and the genome

The idea of a connection between the brain and the digestive system is not a new one. Phrases like ‘gut instinct’ and ‘butterflies in my stomach’ are part of our vernacular, and over the centuries, a number of scientists and philosophers have come up with theories to try to explain the connection that they instinctively felt.

In more recent times, studies have shown a strong correlation between psychiatric conditions, such as anxiety and depression, and bowel problems, but it is more difficult to suggest that one is directly the cause of the other.

Irritable bowel syndrome (IBS) is a common gastrointestinal condition that causes pain, bloating, constipation and/or diarrhoea. It can be a lifelong condition and there is currently no cure. Some patients can manage their symptoms through diet or medication, but for many, IBS can have a substantial effect on everyday life.

Approximately half of all referrals to specialist gastroenterology services in the NHS are for IBS. There is no definitive test for the condition, so it is usually diagnosed by ruling out the alternatives, such as colorectal cancer or Crohn’s disease.

The cause of IBS is unknown – family history is one factor, indicating a genetic component, as well as a link to stress, but these fall short of a full explanation.

A large genome-wide association study (GWAS) looked for differences in the genomes of over 50,000 people with IBS compared to over 400,000 unaffected people. They found variants in six genes that were more common in people with IBS, four of which are already known to be associated with mood and anxiety disorders.

“Although IBS occurs more frequently in those who are prone to anxiety, we don’t believe that one causes the other – our study shows these conditions have shared genetic origins, with the affected genes possibly leading to physical changes in brain or nerve cells that in turn cause symptoms in the brain and symptoms in the gut,” explained University of Cambridge consultant gastroenterologist Professor Miles Parkes.

The gut has its own set of nerves to control it called the enteric nervous system. This system is deeply interconnected with the central nervous system and the brain, sharing many of the same neurotransmitters and pathways.

The genes identified in the Nature paper appear to be expressed in the nerve cells in the brain and possibly the enteric nervous system, rather than in the gut tissue.

The authors expressed surprise that there was so little overlap with IBS-associated genes and genes expressed in the gut, or variants implicated in other intestinal disorders. Because of the strong overlap with genes associated with mood and anxiety disorders, the authors conclude that “with respect to the genetically determined risk for IBS, neuronal pathways play a dominant role.”

They were also able to establish, however, that the effects of these six variants on a person’s likelihood of developing IBS was modest – around 6%. They acknowledge that other lifestyle factors such as diet, stress and learned behaviours are likely to have an impact.

We all have 'the breast cancer gene' 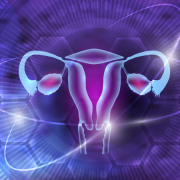 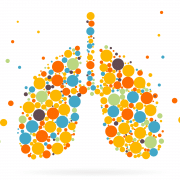