You are here: Home / Research / Genomics and zoonosis

From swine flu to Ebola, genome sequencing technology is enabling us to better understand cross-species infections

‘One Health’ is a concept currently gaining support from public health professionals as an important strategy in the prevention and control of disease outbreaks. Recognising that up to 75% of new human diseases emerge first in animals, a One Health approach focuses on interactions between humans, animals and their environments to improve health on a global level. According to the One Health Initiative, it will be critical to break down ‘silos among the different health professions and promote transdisciplinary collaborations’.

Diseases can, and regularly do, spread between species. Cross-species disease transmission is known as zoonosis. Take the example of the 2009 swine flu pandemic; put simply, the ‘swine flu’ virus is a human H1N1 influenza A virus that acquired new genetic elements from similar flu viruses affecting pigs and birds. The elements of the virus ‘seen’ by the immune system are those acquired from the swine flu, meaning humans had no residual immunity against them (as is typically the case with normal, seasonal flu) and were unusually vulnerable.

Examples of zoonoses giving rise to significant new human disease outbreaks abound, from the plague to malaria, including recent emergent diseases such as Ebola in West Africa (from fruit bats) and MERS in the Middle East (from camels). Similarly, a recent study revealed that the hepatitis A virus (HAV) may have made the leap to humans from small animals such as bats, rodents and hedgehogs.

Pathogens are also pervasive throughout the food industry, and can represent a risk to human health. For example, one study found that 70% of chickens tested from large supermarket chains contained the Campylobacter pathogen, a common cause of food poisoning. Another found the MRSA (methicillin resistant Staphylococcus aureus) bacterium in retail pork samples.

The risk to human health from animals is two-fold: not only the spread of infectious disease, but also whether such diseases are treatable with known therapies. Whilst misuse of antibiotics among humans fuels the spread of antimicrobial resistant (AMR) diseases, the UK government’s antimicrobial resistance strategy notes that the problem originates in both human and animal health practice. Effective solutions will therefore require concerted action.

The value of pathogen genomics

The good news is that advances in genome sequencing technology offer new opportunities to monitor and control animal-human disease transmissions. In particular, as well as allowing scientists to quickly detect the presence of a wide range of relevant characteristics – such as virulence determinants and drug resistance – genomic analysis makes it possible to track disease spread, and uncover the origin of cross-species jumps.

Pathogen genomic methods can be used to identify the sources of new diseases (such as the MERS and Ebola outbreaks mentioned above), and explain transmission events to help us understand how zoonotic diseases  emerge, spread, and become resistant to common therapies, better enabling us to contain and treat disease outbreaks. 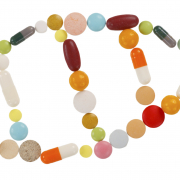