Put simply, genomics is the study of an organism’s genome – its genetic material – and how that information is applied. All living things, from single-celled bacteria, to multi-cellular plants, animals and humans, have a genome – and ours is made up of DNA.

But what is DNA, exactly, and why is it important? Watch the video to learn more. 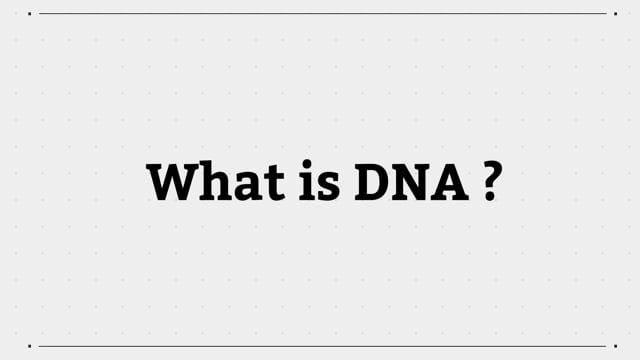 Some sections of our DNA are called genes. Humans have around 20,000 'coding' genes, which contain the information to build proteins – essential for building and repairing our bodies.

Some genes determine physical characteristics, such as eye colour. Others can influence the chance of developing a health condition, such as cystic fibrosis.

Genes are a vital part of our DNA, but they’re not the whole story.

Review the hotspots below to find out more about our DNA.

Genes account for just 2% of our complete set of genomic information, known as our genome, which it its entirety comprises more than 3 billion 'letters' of DNA.

DNA is made up of four chemical bases, known as A, T, C and G. If you said one letter of DNA per second, 24 hours a day, it would take 100 years to recite your whole genome.

Human genomes are around 99.9% the same. Sound pretty similar, right? But that actually equates to around 3 million differences between one person and the next.

Many of the differences in our DNA - known as variants - have no impact, but some can affect our health. Variants may cause a genetic condition, such as sickle cell anemia, or could influence our predisposition to develop a condition, such as breast cancer.

In healthcare, a person's genomic information can sometimes be used to diagnose a condition, predict and prevent disease, and offer personalised treatment.

Most people have heard of genetics in relation to healthcare. Genetics is the study of genes and their roles in inheritance – in other words, the way that certain traits or conditions are passed down in the genes from one generation to the next. In healthcare, genetics has typically focused on variations in a single gene when determining the cause of a health condition.

Genomics is an all-encompassing term that takes into account all the DNA in a person's or organism's genome – both the genes that code for proteins and the non-coding regions. It looks at how genes are expressed and the interplay between different genes.

One of the most exciting developments in genomics has been the development of next-generation sequencing technology. This technology allows us to ‘read’ a person’s or organism's whole genome relatively quickly and cheaply. Sequencing the first human genome took more than 10 years and millions of pounds. Today, it can be done in around 24 hours for under £1000. 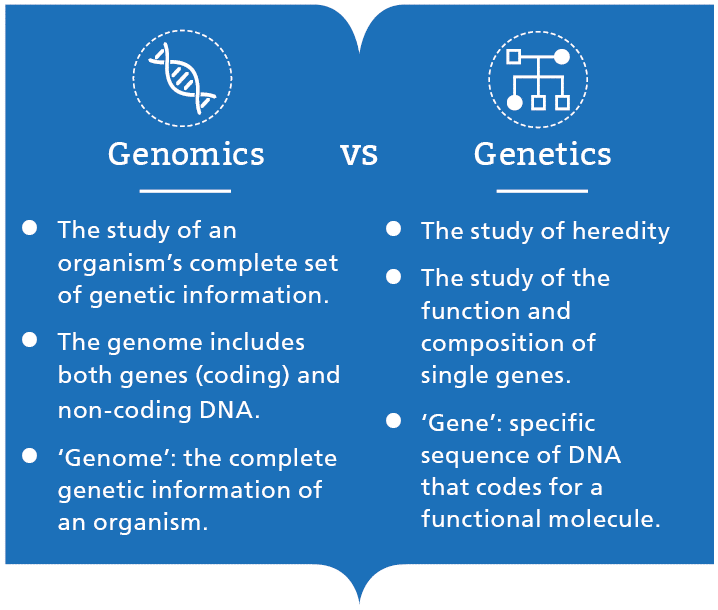 Reading the 3 billion letters in a human genome is a huge task, and the process generates a vast amount of data: sequencing one person’s whole genome amounts to around 200GB – the capacity of a typical computer.

What happens to all that data? In the case of a genomic test in the NHS, the data is filtered, analysed, interpreted, validated and assessed, alongside the patient’s health information, by a multidisciplinary team of health professionals, including bioinformaticians, clinical scientists and clinical geneticists. Only then can relevant results from a genomic test be passed on to the clinical team and their patient.

Click through the slider below to discover how raw data from a genomic sequence is turned into a meaningful result for the patient.

Do you want to discover more about genomics and its applications in healthcare? Try one of our courses, below!